There is no doubt about it, more and more workloads are moving to the cloud these days, especially in the SMB space. Nevertheless, more often than not organizations (even small ones) remain completely disorganized when it comes to their legacy file servers, and this can be the most difficult piece to transition into the cloud. Nine times out of ten, trying to use a migration tool such as this one by Microsoft, is just a big fat mistake in my opinion. Quickly, the three most common roadblocks to adoption of Teams and OneDrive as a new file sharing platform are:

1. There are just too many files, and it’s a giant mess

It can be overwhelming to sort through and decide which items to actually bring to a cloud platform, and which to leave behind. Most providers have storage limits, or you begin to pay by the gigabyte after a certain point, so why bring extraneous data? Beyond that, we often find that traditional file shares are over 80 percent clutter, while the most frequently accessed areas are like a dozen sub-directories containing the other 20% of files.

Ain’t nobody got time for sorting that mess out and reorganizing. And that makes sense: it wasn’t built overnight; it developed organically over many years of doing business. And after a while, like anything organic, it gets… a bit unruly. It’s only natural. But guess what, you don’t even have to migrate your old file server. Seriously. Just let people start using newer tools, and just like before, the new experience will grow up organically over time. So think about this as a “fresh slate” opportunity: re-creating your file structure from scratch, rather than trying to move everything you have right now as-is.

Bottom line: it is going to feel easier to keep using the same old garbage heap than it is to copy that garbage heap somewhere new, and sift through it there while trying to adopt the new platform. So don’t bother copying your garbage heap. Clean, fresh directories waiting for new content is the way to go. But you can use your own judgement here too, if you think I’m wrong. Just be sure you take a peek at the built-in limitations here, and know that a real file migration adds some time and complexity to the process. I think you’re probably better off avoiding that bullet–but that’s just my opinion.

2. Change can be difficult

Like anything new, right? Taking on a new file sharing system can be easy for an individual to do if they are motivated and possess a certain level of flexibility, but as you add more people and departments, this can get kind of tricky: everyone has to be willing to change, and sometimes it can be a bit like herding cats. Unfortunately, a lot of people are attached to the old “mapped network drives” that they can browse in their familiar file explorer.

But here is the thing, once you make Teams and OneDrive an available option to people, they will naturally start migrating there, because it is easier to use, and comes with more benefits (plus, now it can basically mimic your old network drive experience anyway). Legacy file shares will get ignored more and more once people realize that their cloud-hosted files are available everywhere, on any device, without needing to use a Remote Desktop or VPN.

First thing is first, don’t be afraid of making this change. It isn’t that hard to do. Don’t think of it as a long drawn-out project–it certainly doesn’t have to be. It is a simple series of events, and it all begins just by making these new applications available. But, I do insist that if you have not already, now is the time to make the move to Windows 10 Pro; you will need at least the fall Creator’s update to take advantage of the best sync capabilities in OneDrive, so that you can browse your cloud-hosted files just like they were regular network drives.

Windows 10 runs so much better than Windows 7 or 8, and for those of you still clinging to Windows 7, just remember that eventually it will be out of support in early 2020, so you might as well get on with life, and try to get ahead of the game here (and truthfully, you might already be a bit behind–Windows 10 is already widely adopted and has reached a high level of maturity in the marketplace). Whatever your refresh cycle looks like, just do not be one of the thousand customers rushing at the last minute in Q4 of 2019 to make this change–you will find yourself begging for help from IT providers who are slammed with last minute upgrades.

Pro tip: if you sign up for a Microsoft 365 Business subscription, then in addition to your Office software, your upgrade from previous “Pro” versions of Windows will also be included, so you can download Windows 10 and get rolling easily.

Advice on setting up Teams

When you create a Team, the people who you invite will automatically be added to a “Group” in Office 365; as such, they will be able to share messages, files and other resources easily through a single “pane of glass”–the Teams application. You don’t want this application to look like a giant Charlie Foxtrot when users sign-in for the first time, so don’t start off with too many Teams. 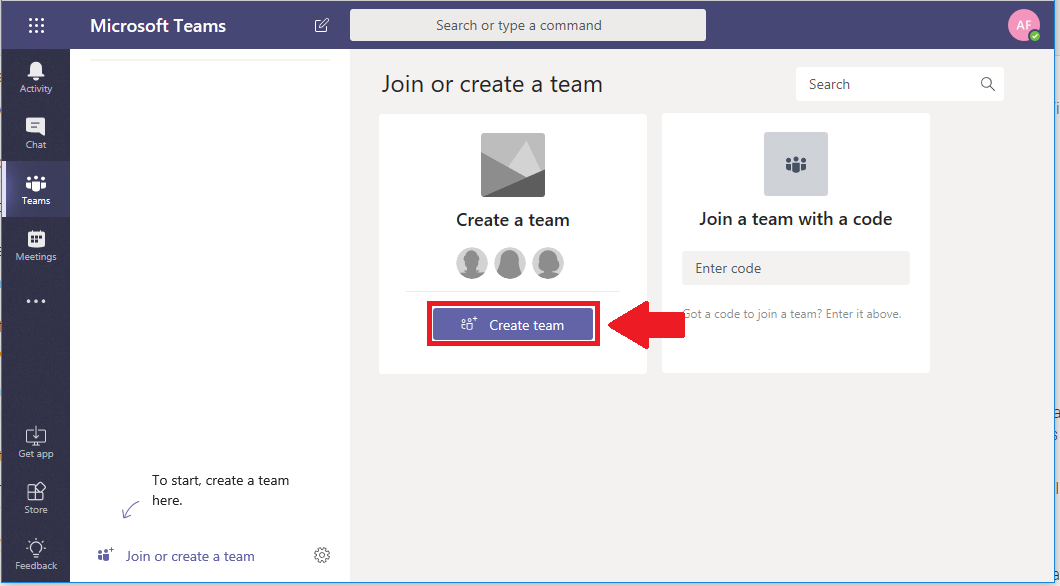 At first, keep it simple and create one Team per department or business unit in your organization. I bet you already have some network drives and security groups that roughly match-up to these departments anyway, so it might be easier to transition people into that kind of structure. The Executives have one, Accounting/Finance has one, Sales has one, etc. Every Team has a set of “channels” or threads underneath it, which can be sub-topics to that over-arching Team–so use more channels, and less Teams wherever possible.

You can’t always predict everything you will need in the beginning, and that is totally okay–it’s one of the beautiful things about this application: creating new teams and inviting people to it is a quick and easy process that any user can do, at any time in the future.

In the next post, I will show you a detailed example of setting up a Sales department on the Teams application, with OneDrive to sync the shared file libraries right into the familiar file explorer, just like it was a mapped drive. And the best part? It doesn’t even require guru-level IT knowledge to do it–a power user could help their department or small organization to make this transition–it’s actually pretty easy to do.

Part 2: How to make it happen fast

I hold several certifications in my field of expertise: a number of Microsoft certifications, as well as Cisco, WatchGuard, IBM... read more

Get Rid of My Servers!

If the cloud is supposed to be so great, then why do so many small businesses still have servers? It is a... read more

Behold: The Power of Sensitivity Labels

Even though some people are aware of the concepts of Data Classification and tools such as Microsoft 365 Sensitivity Labels,... read more

When faced with some problem, most of us (let's be honest) are habituated toward shopping for and purchasing some product... read more

I have seen an alarming trend in the small business market--as more and more companies offload their IT infrastructure to... read more

We have to talk about Intune

There was a time, not long ago, when I would have conversations with others like me, who work for other... read more

How to not be an idiot on the Internet

There was a really funny security article circulated a few years ago after the crypto-variant viruses first started becoming a widespread... read more

Through my website's contact form, I still hear about botched migrations to Microsoft 365 on a regular basis. This is... read more